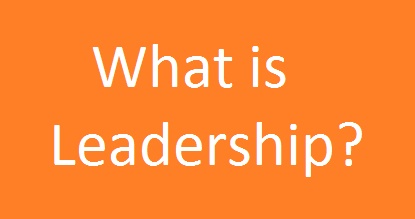 I did not want to add to it as I am not an expert. But I felt a strong compulsion to write about the kind of Leader/Manager I want to become.

Most of the material (lectures, videos and articles) out there are about the leadership qualities that one should aspire for. They are qualities that we expect in our CEOs. CIOs, CFOs, CTOs etc. But you and I work on a much lower level in the organization. To us, our Line Manager represents a mid-level Leader (middle management). If you have a team of your own who report to you, you are their leader.

So we need to understand what a leader looks like in middle management.

According to Simon Sinek, leader is someone who has followers. They follow that person to battlefield (in his US Army example) and get inspired. Please listen to this short video where Simon talks about what a leader is.

Or maybe I should!

That is what Simon Sinek’s version of a leader is. Please listen to this video where Simon explains how good leaders can make you feel safe.

On a day to day basis, we do not deal with these leaders. You are lucky if you are in that extended leadership group, having regular meeting with CEO/CIO/CTO/CFO etc.

On a day to day basis, we deal with our Line Managers or portfolio/section Directors. To us, they are the leaders who are expected to inspire us and translate the message from CEO/CIO/CFO/CTO into plain language.

Let me ask you few questions. Have you ever encountered below?

If the answer to any of the above is a Yes, then I would say your Line Manager is NOT a leader.

Based on my experience in both private and public organization, I would say a Manager in middle-management need the following leadership qualities:

Unfortunately, human beings are frail and we want economic security. We do not want to do things that may jeopardise our jobs. This may prevent a Line Manager from speaking out in front of the senior executives.

Simon Sinek in his video “Why good leaders make you feel safe” gave an example where he witnessed at a US airport how an immigration officer was berating a passenger for breaking a queue. When Simon asked that officer why they were treating that passenger so poorly from breaking a simple passenger line, the officer replied that they may lose their job if they do not follow orders.

So providing an environment where you can inspire your staff and they feel valued and safe is the quality that a Line Manager should have.

View all posts by Rubaiyat Kibria

This site uses Akismet to reduce spam. Learn how your comment data is processed.